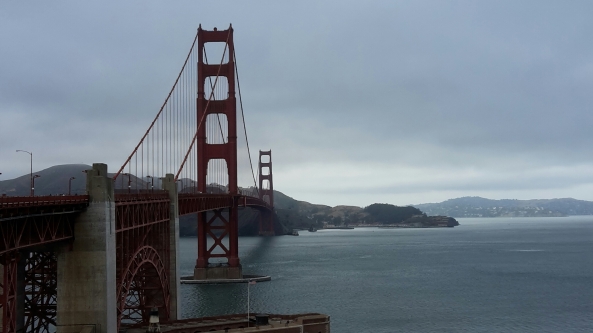 Okay so a few of you will know Sharon and I undertook a road trip to the USA in June. I Whilst there we tried to find a  few archery shops, as everyone we spoke to said we should have a look at the range of bows and associated archery gear available across the pond.
So the trip itself was in four parts with us staying for 3 nights in each location
This was our first trip to the USA having wanted to go for a  number of years but never quite getting there.
Sadly we were unsuccessful in our primary quest of checking out lots off archery shops. The store we visited in San Francisco was closed for some reason, one of the one’s  we’d hoped to get to on route to Lake Tahoe was closed on Tuesdays which resulted in us successfully finding only one store. Whilst their selection was great so far as compound bows and targets were concerned they had very few traditional style bows.
So we didn’t come home with any archery goodies but quite a few photos of our trip.
I then decided on a second mission , which I hoped would be more successful.  This was to find a drinkable US produced apple cider. Those of you who follow me on instagram and tumblr will have seen the mixed results.
So in the great tradition of sharing, here are a load of holiday photos showing what we did do.
One of the highlights of the trip had to be seeing whales breaching outside San Francisco harbour, even if it was from a fair distance away it was still amazing to see. 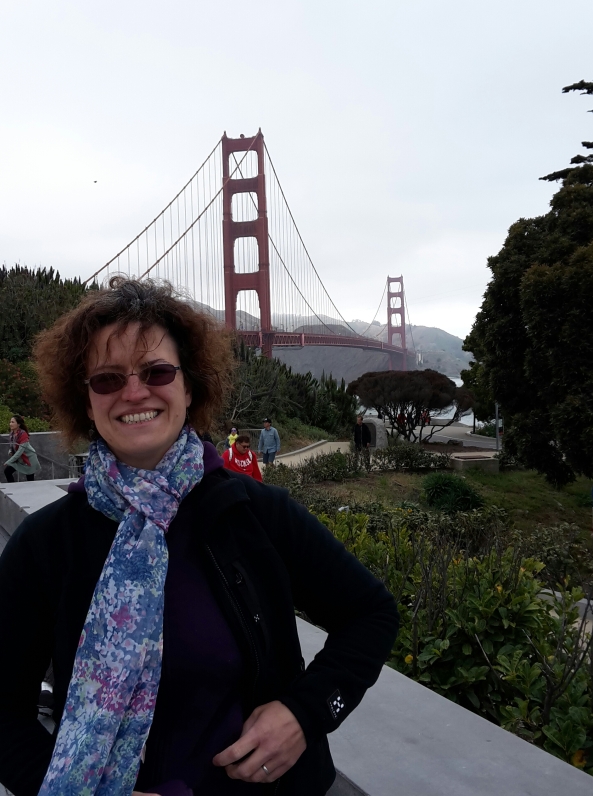 San Francisco is a nice place to visit for a few days to recover from the jet lag.

Lake Tahoe was our next destination and we picked up a rental car in San Francisco to head there via the archery shop that was open. As we left San Francisco we saw how the drought is changing the landscape with brown fields of grass surrounding San Francisco, gradually giving way as we climbed higher to woodlands and forests.

Lake Tahoe would prove a very good location to spend our wedding anniversary with some very pleasant walks along the shore line and into the surrounding countryside which offer fantastic views of the lake.

We were  lucky with the weather, with it being mostly dry and warm. Except for Yosemite where we were caught in thunderstorms on the hill decent from Upper Yosemite falls.

If you are walking in Yosemite make sure you have plenty of water as it is quite dehydrating. 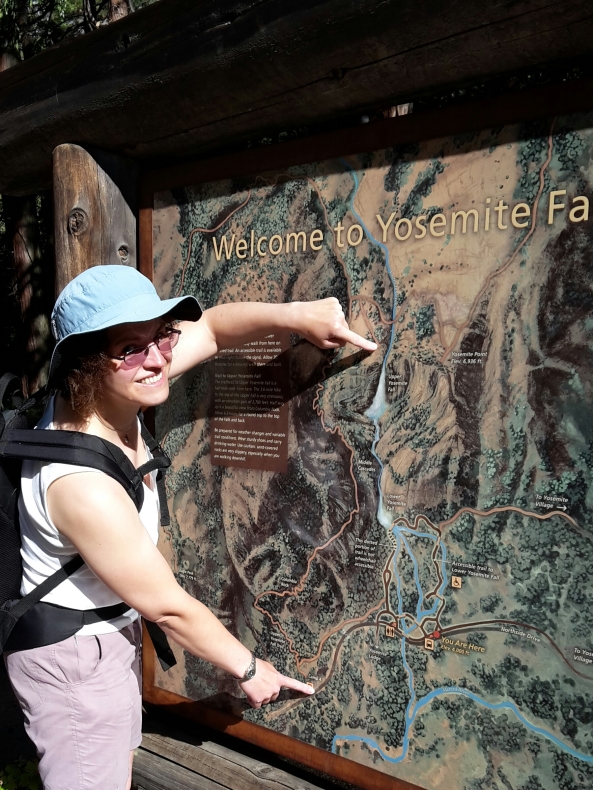 The route for the walk

That hike took us just over 6 hours in total up and down but offered fantastic views from the top before thunderstorms rolled in. 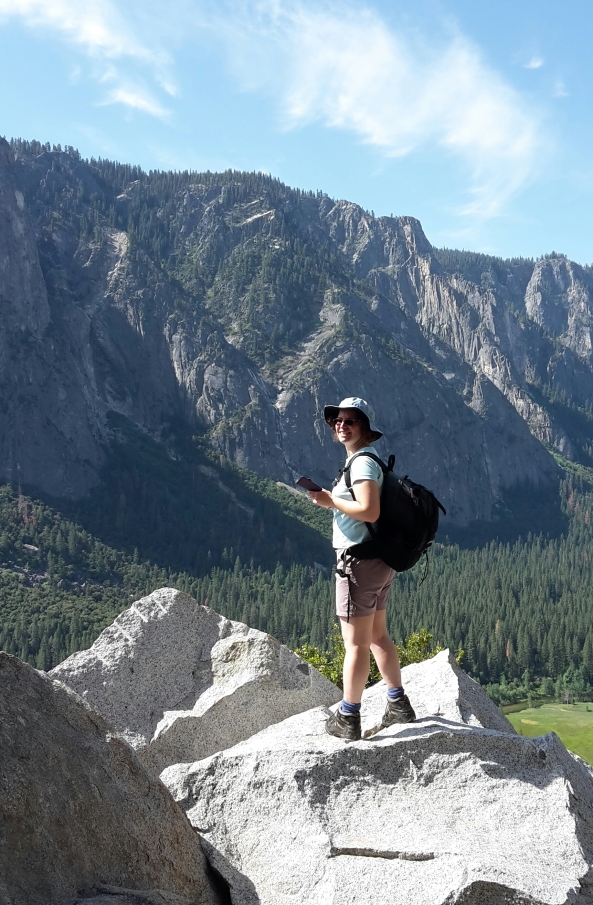 Hike up to Yosemite Upper falls – half way

The views of the valley from the top of Yosemite falls was amazing.

Note sure which was the best quote from Sharon at Yosemite, whether it was about the life like 3d poses of the deer or that the bear was closer than you would shoot it if it was a 3D target on a field course.

Walking round Yosemite was great especially if you got there early as you  avoided the busy parts and trails.  There is more wildlife about and the light for photographs is amazing early in the day. 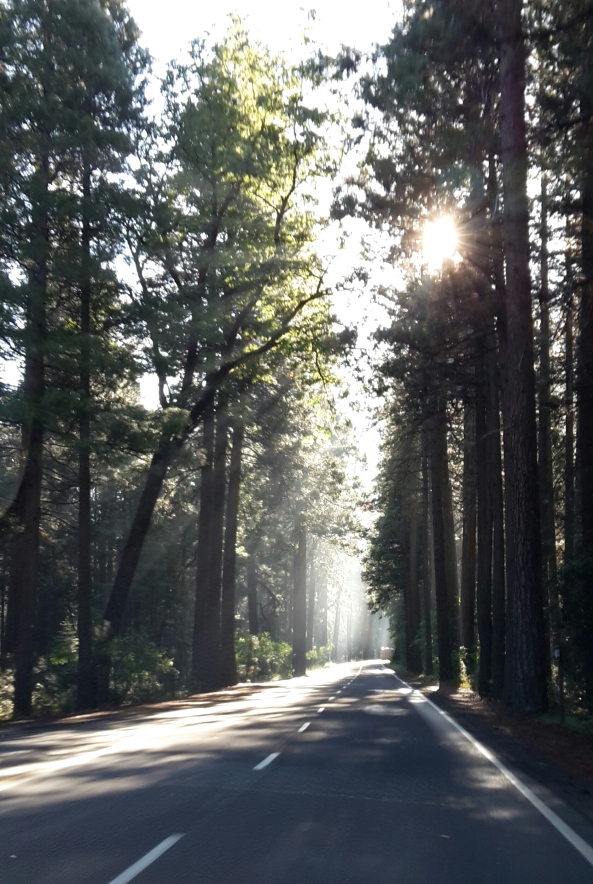 Sun in the trees at Yosemite Park

We left Yosemite at 5 am to make the long drive to San Francisco airport to catch our plane to New York. 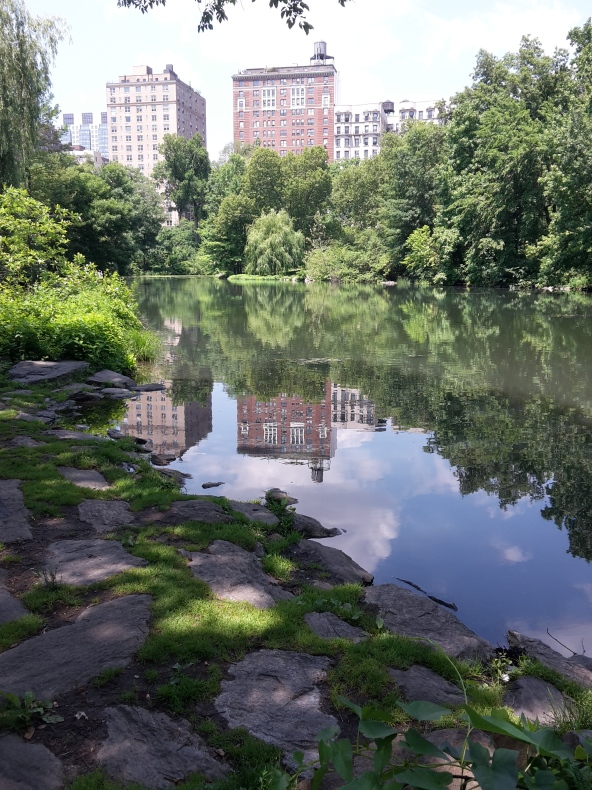 To coin a phrase, New York City was on our bucket list and was nice to visit but it is a big city and we really aren’t into big cities. If you do visit check out the Highline which is an old rail track converted into a green and leafy walk and is a good distraction from the busy streets, with a decent coffee stall (blue bottle) at the meatpacker end.

The  9/11 Memorial is very moving as are the talks by survivors of the attack.

We would definitely go back to Yosemite as the views hiking and whole scale of the place was amazing. Lake Tahoe is another location we would return too, maybe for a ski trip.
Thanks for reading.