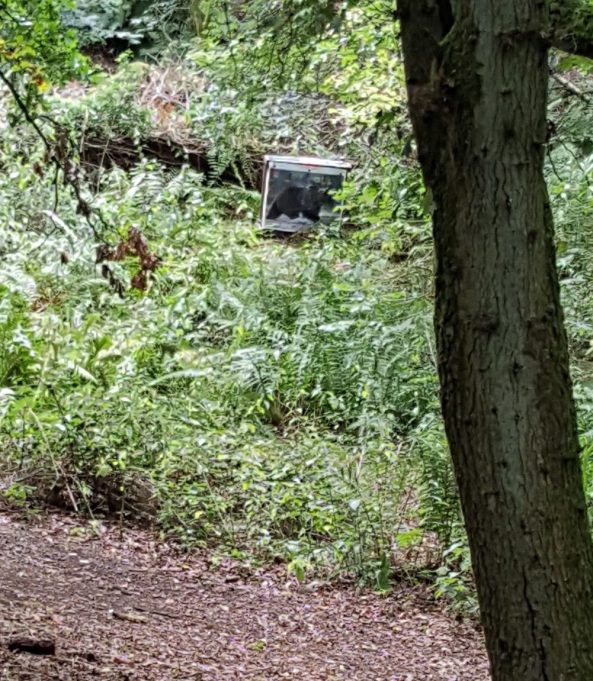 Bear target face in the woods

Those of you who shot the NFAS National Championships this year might have already seen some new target faces produced by Phoenix Archery (https://phoenix-archery.co.uk/). Well thanks to the generosity of Mark at Phoenix Archery we have been able to enjoy using a couple of his new range of target faces down at the Briar Rose club course.

The first thing I have to say is that the few faces I have seen do look good, with much more definition than I’ve seen in other faces. They are high definition faces are printed on a plastic fabric rather than the normal paper, making them more water resistant and potentially ideal for the approaching winter months.

Generally the wound lines are pretty generous following the main outline of the animal, though a few of the inner kills are a little small, but not that bad. The reason I mention this is if you have a lot of very accurate archers in the club shooting, maybe compound sighted or crossbow archers. Then it is likely they will shoot out the centre on smaller target faces. 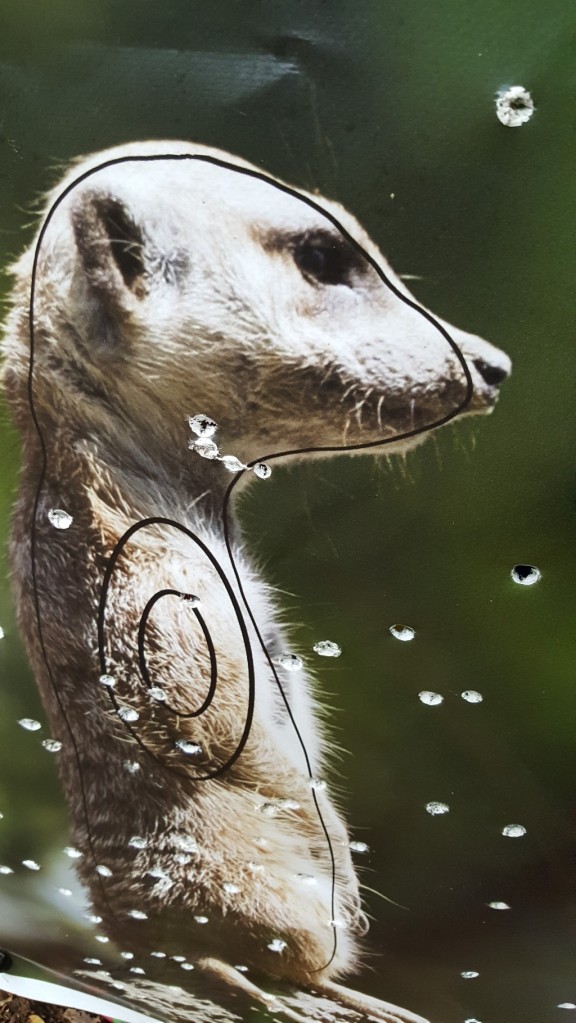 close up of the MeerKat target

Not all the faces are life size and I think this is probably my only gripe. I’m not a big fan of shooting target faces that are half or two thirds size of the real animal.

I think a development that Mark might like to consider is producing these faces on paper rather than plastic as it might reduce the cost and may work better for the smaller faces where the scoring zone could get shot out quickly. 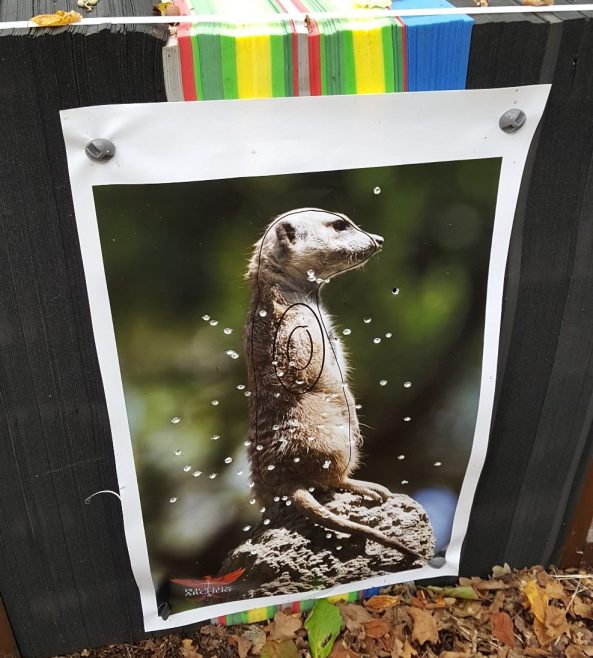 Meerkat target on the boss

So how did they get on with being shot? From testing of the faces I have found a few things

Unlike hessian targets the fabric weave doesn’t close up after the arrows are drawn so you are left with a hole.

Overall I think they can work pretty well especially if you looking for an all-weather target face suitable for leaving out over the winter months where paper faces would simply turn to mush. If you have a few good archers the 24 might get shot out pretty quickly but they will still look cool.

I’m not sure when Mark at Phoenix is going to post the prices details on the website for the full range, but there are some up there, so drop him a line.

Once again, we’d like to express our thanks to Mark for his generous donation to the club of the face.