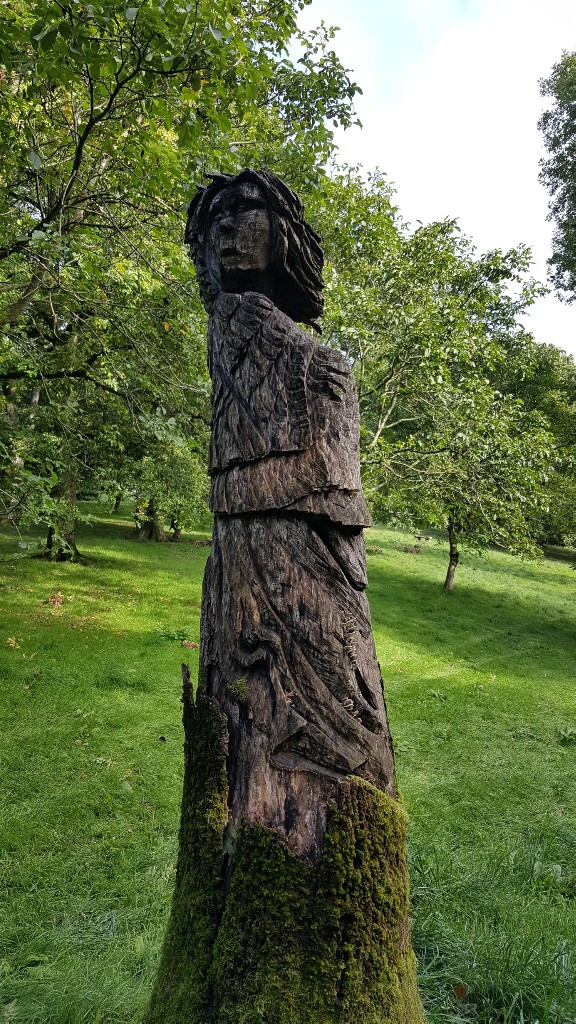 Some of the wood carving in the fort area

Sorry this shoot report is so late in appearing, works been pretty mad, with long hours and a restructuring, but enough of that it is an archery blog after all. So the NFAS National championships has come and gone in what seems like a blink of an eye last September. Has it really been that long ago?

The weekend long competition this year was held in the Usk area of South Wales and if you would like to, you can read a review from last year’s event here.

I have to say I wasn’t approaching the weekend with a great deal of confidence and yes this will probably sound like me making excuses. I’d not had time to do much practice due to long hours at work and not having the opportunity to practice at weekends. I’m not as disciplined as Sharon, who gets up early and practices before starting work. Guess that is an advantage she has of working from home at times. 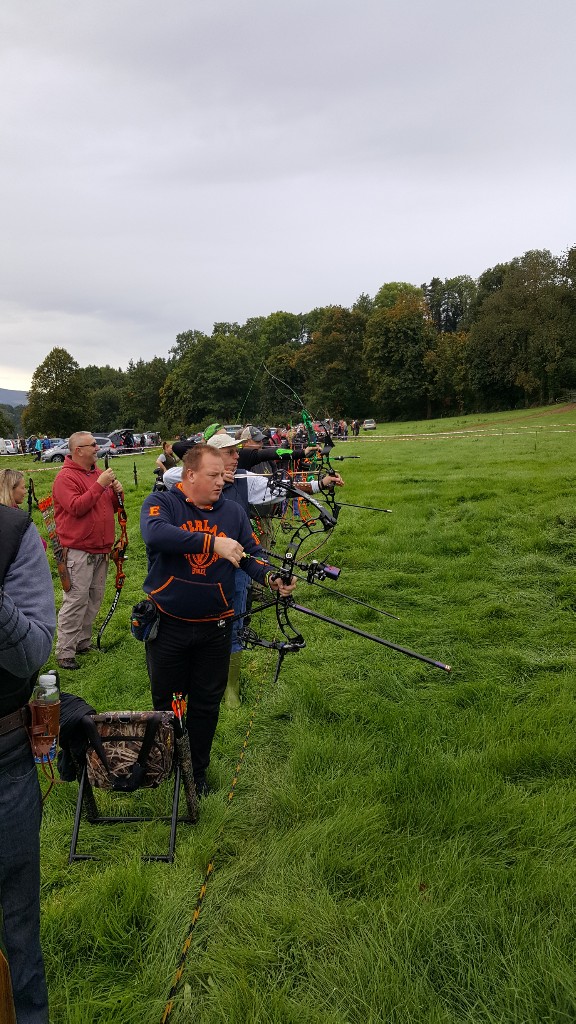 Archers on the shooting line

I don’t know about you but I know the lack of practise and associated lack of confidence really affects me as I tend to doubt myself and second guess my shooting. It also tends to affect my muscles as I don’t feel as fluid in the draw up and release sequence. Not to mention the stamina required to shoot two full days of competition. 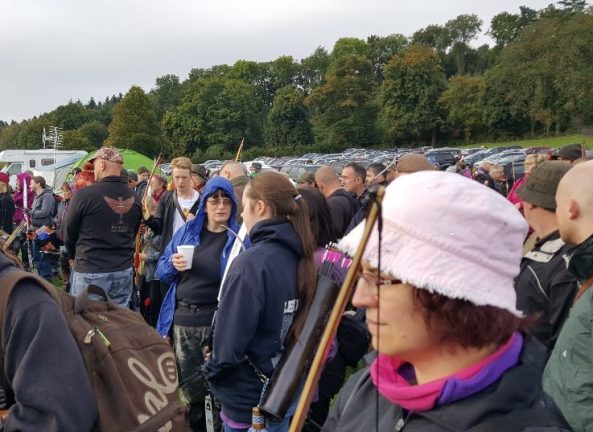 Archers massing for the start

Anyway time would tell and more importantly onto the interesting bit, the shoot report. The NFAS National championship is an annual event, attracting archers from all over the country shooting under the NFAS banner. Unlike the 3D Championships held on the late May bank holiday, where all targets are 3Ds, the Nationals are a mixed competition meaning you will shoot both paper faces and 3D targets (approximately 60/40 split respectively) on each course.

This year we were lucky enough to find a very nice local hotel Llangeview Lodge only a five minute drive from the courses, so no need to pack the tent or have a long drive to and from the event.

As is the norm, competitors shoot two courses, one each day. Saturday would see us shoot B and Sunday A, with the courses having been set by Hawk archers club (B) and a group of volunteers (A).

So day one saw us shooting B course. This course’s woodland was quite dense in areas making for some quite dark shots. The woodland hosting the course also had a number of small ponds, which Hawk course layers used on a number of shots, such as the crocodile and brown bear.

Ian shooting 3D bear on B course across pond

It felt like I started in the hardest area of this course as our first shot was a 3D Velociraptor, followed by the infamous JVD artic wolf paper face that I tend to call the Chihuahua wolf as it is all fur, this was followed by then JVD deer all over pretty open ground along a path. Three longish shots one after another, but it wasn’t just me who would struggle. 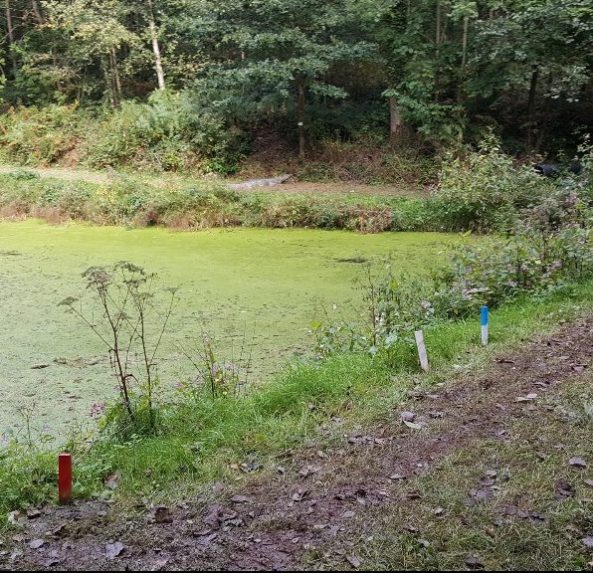 Crocodile 3D across pond on B course 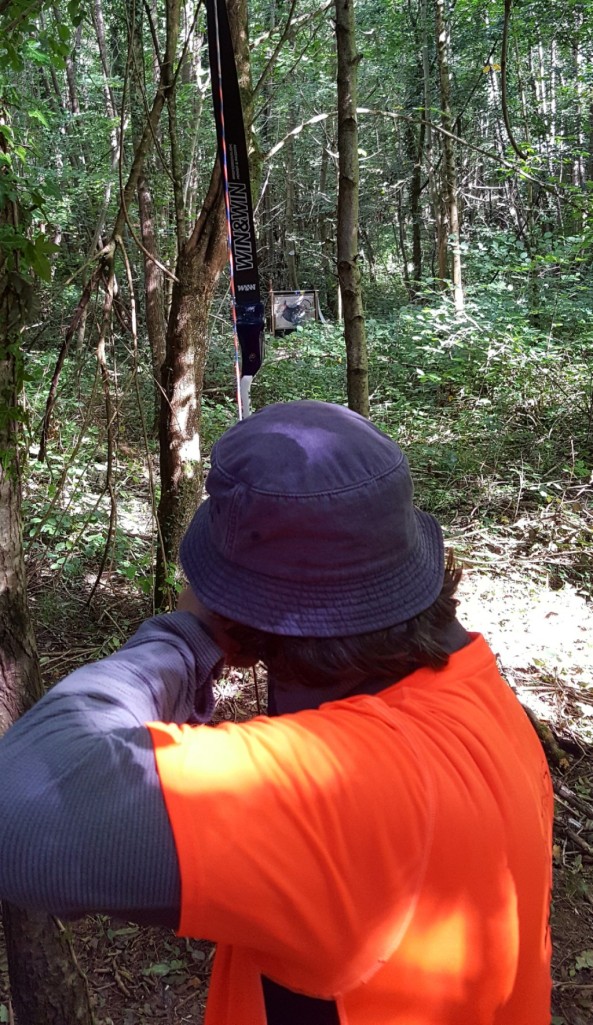 I felt sorry for the young junior archer who I was shooting with who blanked several of the early targets and was getting quite despondent when we got to catering. An upside of the day though was that it was good to shoot with Ian from Artemis Archers who I’d not chatted with for ages.

I think it would be fair to say I didn’t gel with this course overall. I felt many of the shot’s difficulties or challenges were really based on distance rather than framing. If you could judge the distance then you were more than likely to be successful, but since at times I couldn’t make out if I was in or not I was often second and third arrows.

To be fair to the course layers, I spoke to some archers who loved B course, having to judge the distance and dead ground was right up their street, but to me it felt like most of the challenge was in judging the distance. Of course if I’d done more preparation I might have felt differently. I personally find it difficult to recover from a bad start and wonder in hindsight if that has affected my view of B course.

Well Sunday would be another day; my hope was my shoulders would be ok. The several second and third arrows I had been taking was tiring it, causing occasional spasms during the day. We left the venue and retired to the hotel for a hot shower, very enjoyable meal and early night.

Day two would see an early start for all, with Admin opening at 7 am to get archers out on the courses as early as possible. I have to say I was feeling a bit guilty not helping out in some way on Sunday morning. Saturday I had been able to do my bit in marshalling the practise bosses, but we didn’t get to the site until about 7:30 and by the time we’d gone through arrow checks and picked up score cards, there was just enough time to shoot a few arrows and grab some breakfast before we were off onto the course.

A course woodland – 3D deer by the tree

The woodland that hosted A course was very different to that of B course, being more open and situated in and around an ancient hill fort. 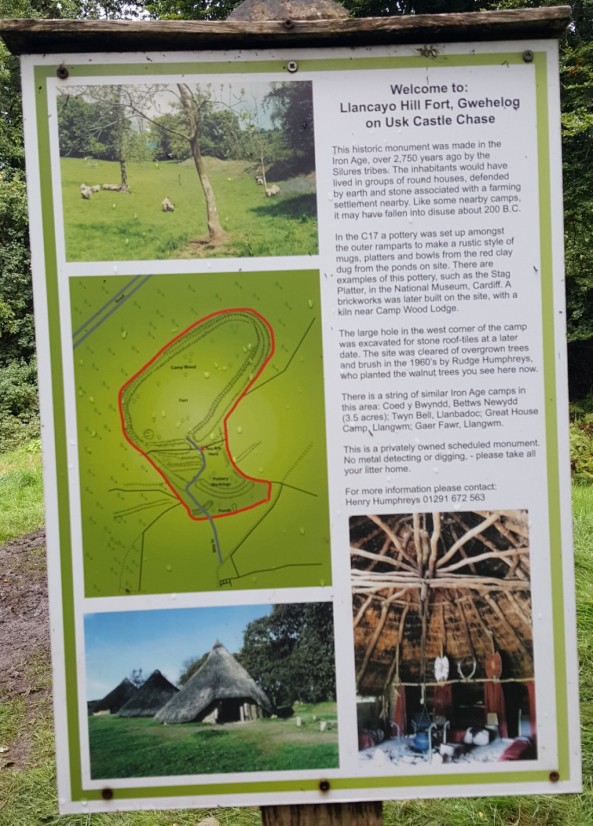 A course – in and around ancient fort

This offered some beautifully laid shots with a mix of open and framed targets. 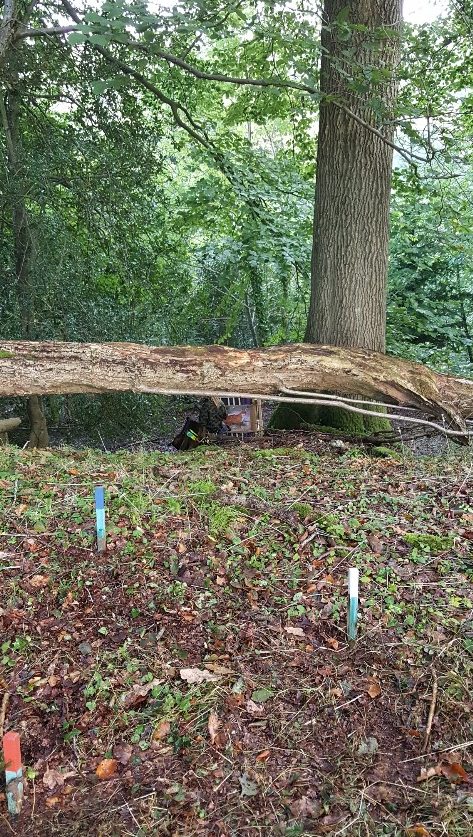 I feel I engaged more with this course and I think that helped, the only problem was my shoulder. In fact this would be the biggest problem I had on the Sunday that of fatigue or rather muscle spasms in my shoulder. It resulted in my arm flinching on a couple of targets in the morning and more in the afternoon, with my shoulder gradually getting worse as the day progressed. 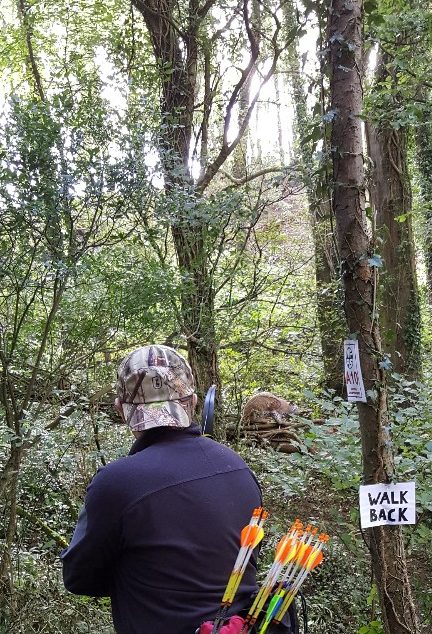 Those are the breaks I guess and I at least finished the day, though it is incredibly annoying to see an arrows fly at exactly the right height landing just left or right of the target due to arm twitching, which was the case on the big white Ram 3D. 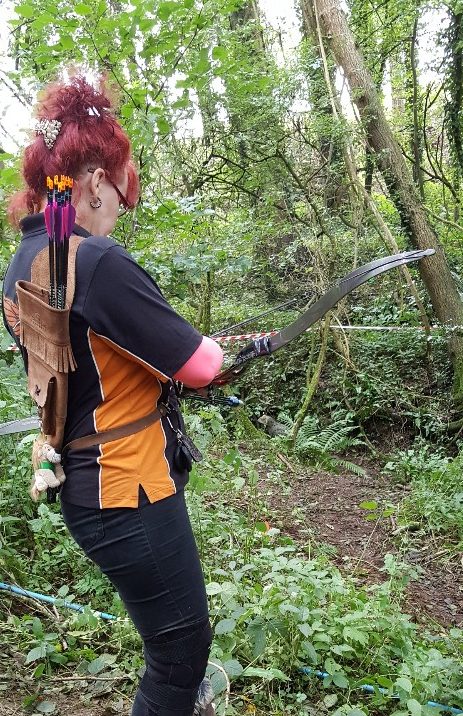 I think the one target I really did not get on with was a brown deer/ mouse paper face round the back of the hillside. None of us in the group could make it out and even when we were up close it was hard to identify.

Quick general comment to make here is I’d like to express our thanks as always to the course layers on both A and B course, admin teams, site organisers and estate owners.

I found out on the day that the volunteers who set A course had never set a course before, which did surprise me as I think they did a grand job, as did the guys on B course. Thanks to all that work so hard on setting the course, running the admin and organising the site.

I think the archer of the weekend must have been Richard Davies, who put in a truly amazing score to win Gents longbow.  Congrats to Lee Ankers, fellow Briar Rose club member on his medal winning placing in Gents Primitive.

The full breakdown of the results and collection of photos from them event can be found on the NFAS website (http://www.nfas.net/home.asp). 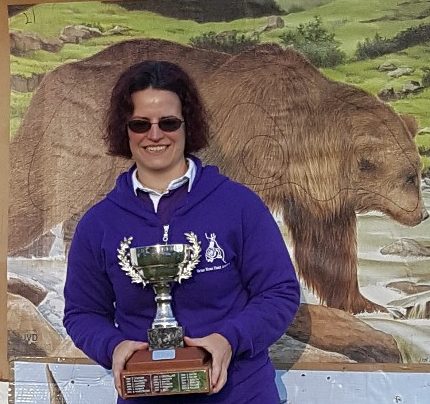 Sharon did really well despite not feeling she was on form, improving on her second place last year to win Ladies American Flat Bow. As for me, well despite having a collapsing shoulder and not shooting much this year I manage to come in with a 3rd place in Gents American Flatbow, third year in a row. 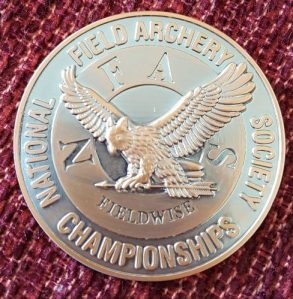 My 3rd place medal for 3rd year on the run

More importantly for Sharon and I, we managed to retain the Nearest and Dearest trophy for the fourth year.