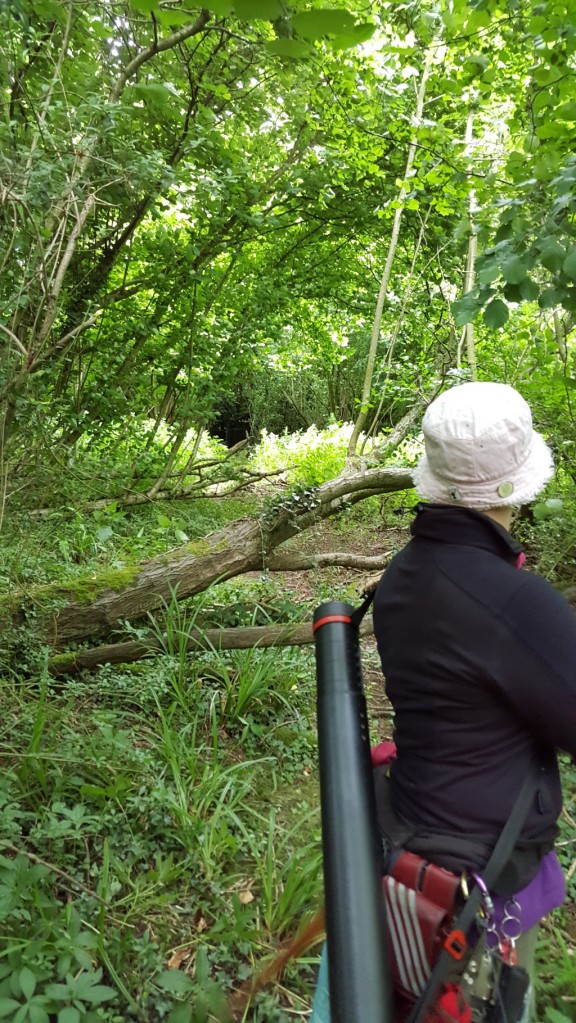 Sharon shooting on our first target on Saturday

I am going to start this shoot report with an apology directed to the course layers and members of Druids. In writing this shoot report I realise that I never published last years report of Druids 2 day shoot. Oops, sorry. It was a great two day shoot and deserved a shoot report, so I am sorry for not completing the report for last years.

I think Druids two day shoot is probably one of my favourite shoots in the NFAS calendar. I’m not sure if it is a combination of timing, being just after the 3D championships, so bit more relaxed. Maybe it is the atmosphere which is more laid back and fun. If you have the opportunity it is a shoot I would recommend, especially if you can camp over. Druids go to a lot of effort to support the event, from organising a marquee, catering for campers from Friday night through to live music on the Saturday.
Just be careful you don’t enjoy the entertainment and drinks that affects your shooting. On that subject I can recommend the Black Rat cider, just don’t have more than a couple.
We’d taken the Friday and Monday off so we could drive down and pitch the tent early, and not have to stress about breaking camping and travelling back on the Sunday.
This year it would prove to be a windy weekend and no where near as hot as last year which saw temperatures of 33 degrees, though I am glad I took the extra tent pegs and guide ropes to secure the tent down. We were doubly grateful that the rain was mostly confined to the night. The strong winds and gusts weren’t only felt on the camp site but also on the course too. It certainly made the long shots in the field pretty challenging such as the bison and the standing elk in the lower field.

The course would comprise of 40 3Ds, with Sharon and I shooting with Jim and Gail on Sunday and Rod, Sharon and Keith on Saturday.
As I said earlier Druids organise a marque where they provide hot food on Friday and Saturday night, along with breakfast over the weekend. The same marque houses the live music on Saturday and the drinks tent.

I feel the Druids shoot enjoys a good atmosphere over the weekend, being relaxed and causal, which I think you benefit from more if camping.

Shooting on Saturday would prove to be a a slow day, waiting on pegs. I think this partially due to the high numbers on the day. The waiting around did provide time for us to chat with Rod and Sharon about Sagittarius bows (http://www.teamsagittarius.com/)

The course would prove to be challenging and enjoyable, being spread over the two woods, offering a few shots in the field. Sunday would flow better for us with less waiting round. 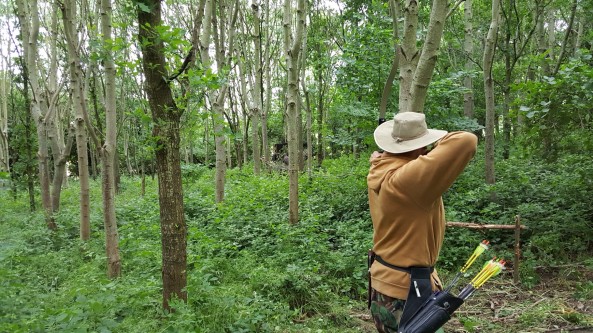 Day One and Keith shooting the eagles nest

There were a couple of nicely set targets, which the course layers had set and dressed the scene. One being the nesting eagle 3D, which looked really good, as did the 3D owl in the tree. Simple little things that just make a shot memorable for attendees.

It is never easy running a two day event, especially when it includes camping, whilst keeping it fresh and sufficiently different on the second day, but I think Druids managed it , changing some but not all the targets. Well done Kevin and the team at Druids on setting a good course for both days. There are a couple of spots where you felt a bit close to the previous target, but they were safe. 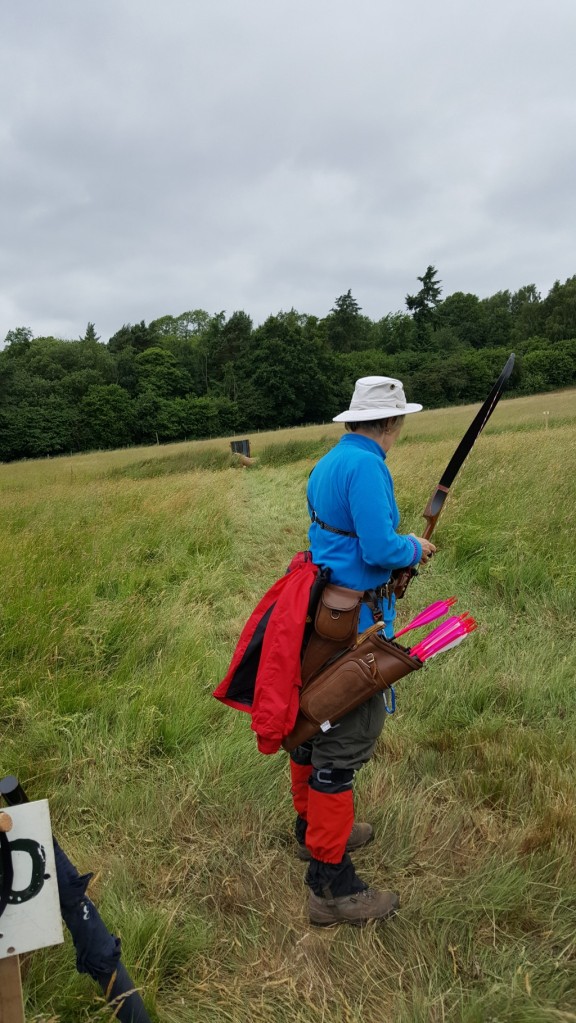 Day two and Gail shooting 3D in the field

The event is always well attended with this year being no different, seeing 181 archers on Saturday and over 170 on Sunday. I do wonder if the lower numbers on Sunday might have been due to a late Saturday night.
I had shot okay on Saturday but not so well on Sunday afternoon, I think I was just tired.
Sharon shot really well winning ladies flat bow. I have to say special congratulations to Elanor who won ladies Longbow, just remember to check your trophy as you might find some raffle tickets inside it.

We stayed over on the Sunday night and popped to the pub up the road for a meal and then back for a couple of ciders with friends on the camp site, before packing up on Monday morning to head home. Already looking forward to next years.
Thanks for reading.