Firstly before I start this shoot report I along with Sharon would like to say a huge thanks to a wonderful host Karen for putting us up for the night and for the great Bar-B-Que on Saturday night before the shoot. The grounds are quite a long drive for us, so being able to stay over the night before was great. Anyway back to the important thing for you, the shoot report.

Spirit of Sherwood’s is a favourite for ours and has been for many years.  You can read a previous shoot report here if you are interested. 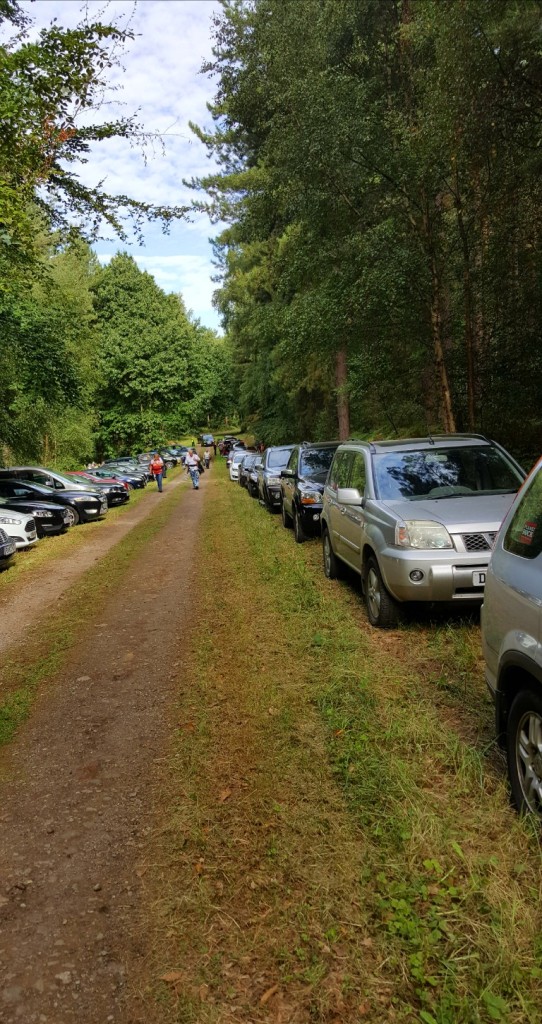 As normal Spirit of Sherwood is well attended

For those not familiar with Spirit of Sherwood’s grounds, it offers pretty flat terrain with a mix of woodland and as always is well attended. The course would comprise of 40 targets of mostly 3D targets.

As normal with Spirit of Sherwood’s course it is organised into 3 loops as it meanders round the mix leaf woodland around a central catering and admin point. There would be 5 of use in our shooting group that Sunday Derek, Chris and Nigel, joining Sharon and myself.

Sharon on the peg at Spirit of Sherwood

It would prove to be a very warm day which took a toll on many of the archers, ourselves included. To combat this Spirit had organised a series of water stations on the course, where people could top up there bottles. One very considerate factor was including a water source for the dogs too.

shot from the tower returned

There were some familiar shots to those that have shot Spirit before, such as the shot from the tower, though it must be said that there has to be a very artistic member of Spirit of Sherwood clan as there are a couple of really amazing hand painted target faces. This includes the orc from the tower and a very cool large spider.

Shot between the trees at the Spirit of Sherwood shoot

In contrast there was one paper face that was pretty tough to make out, that of the badger which was pretty hard to make out even when next to it.

3D target at Spirit of Sherwood

As it was it would prove to be a slow day and I think this was largely due to the weather, sapping peoples strength, though I did here there were a couple of slow groups, which may have added to the delays. Possibly Spirit is a victim of its own success as it is known for being a good shoot and is very popular amongst many in the NFAS. It is also a shoot popular with newbies as the target are set at sensible distances and the terrain is fairly easy to navigate. 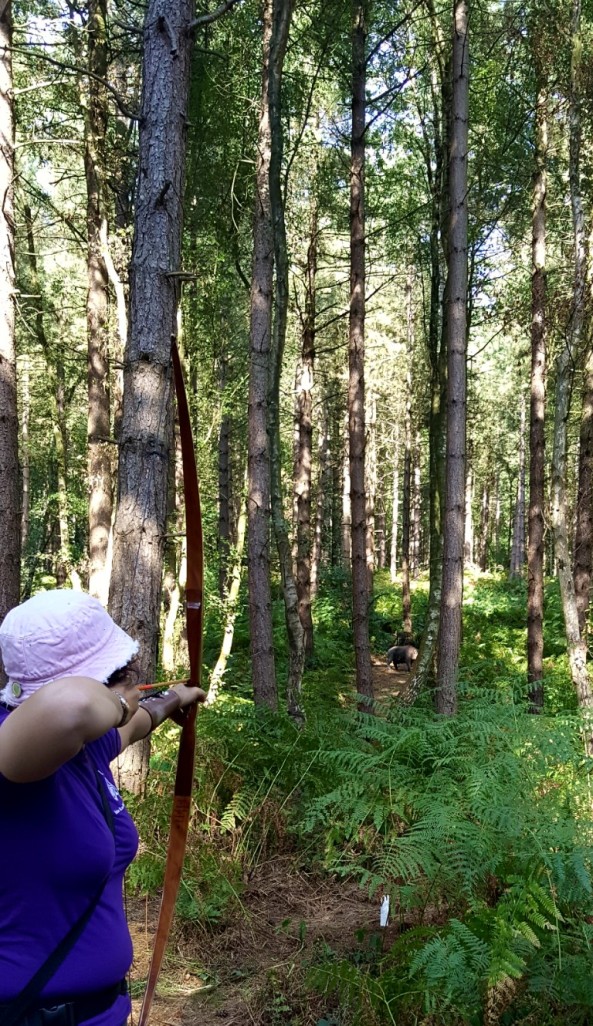 Sharon shooting at Spirit of Sherwood

One shot which I thought showed a great level of creativity was that of the tree surgeon or forester stuck up a tree with a large black bear 3d below looking hungrily upwards. Great bit of course laying as the bear was set at a good sensible distance and nice scene setting. 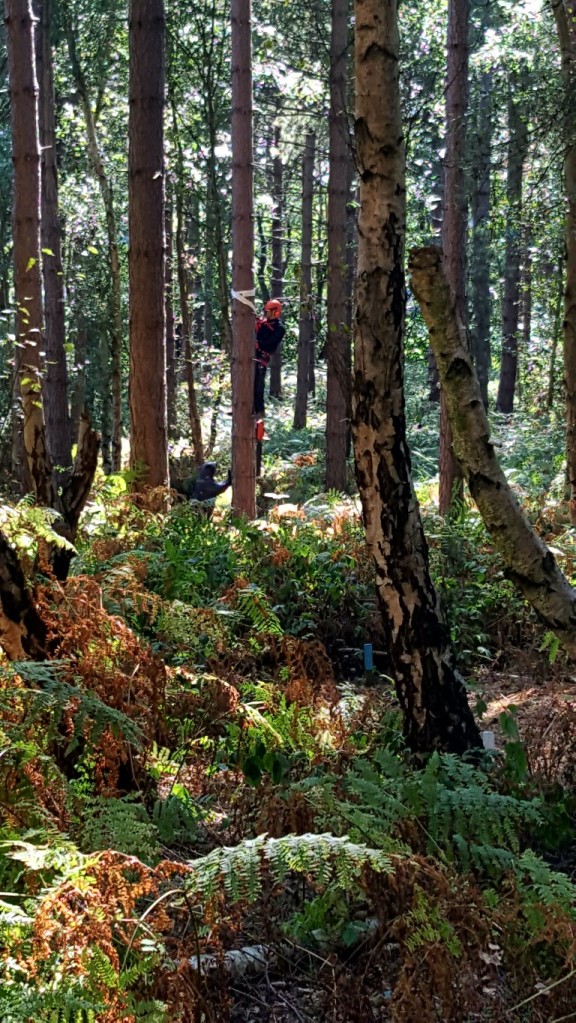 The fun shot of the shoot saw the return of the moving target, the now famous or should that be infamous barn door. Complete with the sticker for those that missed.

View from the peg of shoot between the trees

close up of shot between the trees at a small 3D

Think the only down side of the event was outside of the organisers control, as the caters ran out of water! Not great as I think everyone was gasping for a drink by the end of the day.

Sharon didn’t shoot well in the afternoon and I think this was down to feeling tired from the heat and though she denies it I think having a sausage bap at lunch when feeling warm was not a good plan. We both came away with second places in flatbow.

One comment on “Shoot Report – Spirit of Sherwood – August 2018”