The early mist of the October morning soon gave way to a bright sunny day, giving dappled sunlight on many of the 3d targets at Long Eatons ground. If you are interested you can read an earlier shoot report here, along with a listing of all shoot reports being available on where the Arrow lands page.
The course this time would be 36 targets all 3D, including predator prey and a moving target.

Sharon and I were joined by two Paget de Vasey archers Craig and Breanna Smith, both shooting hunting tackle. As we shot round I discovered Rianna follows the Off the Arrow shelf tumblr blog. Small world this archery community is.

The early morning low sun made shooting the big 3d Bison very difficult with the sun directly behind the target. There was quite a bit of discussion as to the distance and I think it was around 68 yards. I managed a very lucky lower leg hit with my first arrow, far more luck than skill.

Long bison in the sun seen from the red peg

Unlike previous times we had shot LEFA , they organsied the day as a shoot through, rather than everyone stopping for a hour for lunch. I think this worked well and we flowed round the course easily all day. In fact, I don’t think we saw the group in front or behind most of the day. The result of this was, at times we thought we were the only ones in the woodland. This made for quite a relaxing shoot, surprising when you think there were over 120 archers present.

I think LEFA must have bought a job lot of small 3d targets as there were a number of them, including a flock of magpies and small birds. Whilst there were many well laid shots, there was one target I think could have been improved. This was a small 3d hedgehog. The shooting pegs were situated in a hole and you were just over eye line to the ground, if like me you are 5ft 8 inches. The issue was you had to shoot over a low log. Anyone 5ft 4 or shorter struggled especially if they were shooting flat trajectory bows like a compound.

I’m not a huge fan of small 3d targets as I’m not convinced they are worth the money. The other thing I have found is if the 3d is soft then it gets shot out quickly, if its hard then due to the small size and shape they tend to result in glance offs if not hit straight on. This might be a personal thing, but if I was putting out a small target I’m more likely to use a paper face.

LEFA set some excellent shots like the large stag in the woods, along with the puma on the horizontal log.

Long 3D stag in the woods

Turkey shoot through an avenue to trees.

One highly unusual target was the running deer, which from a distance looked like it was flying. 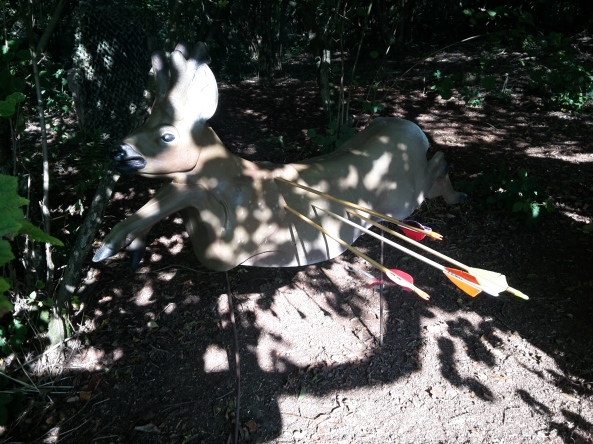 There were also a few targets set at an angle making it harder to judge and hit. 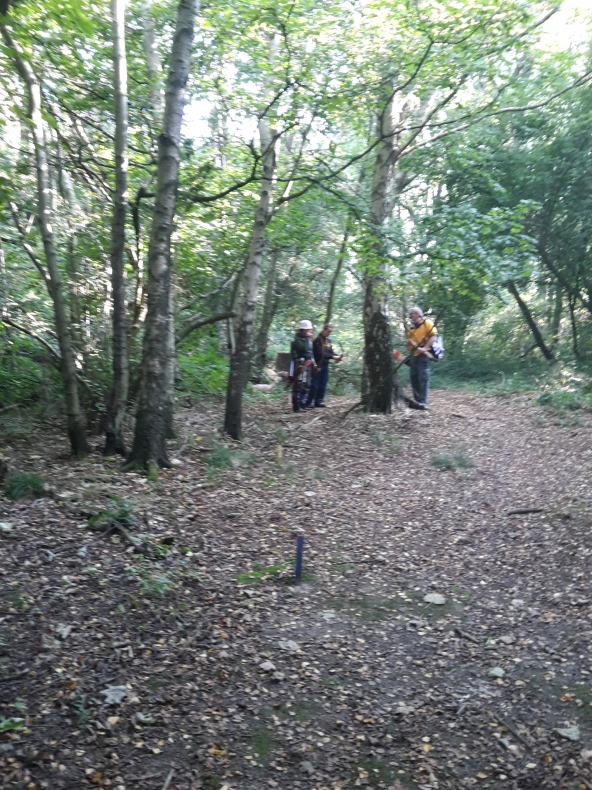 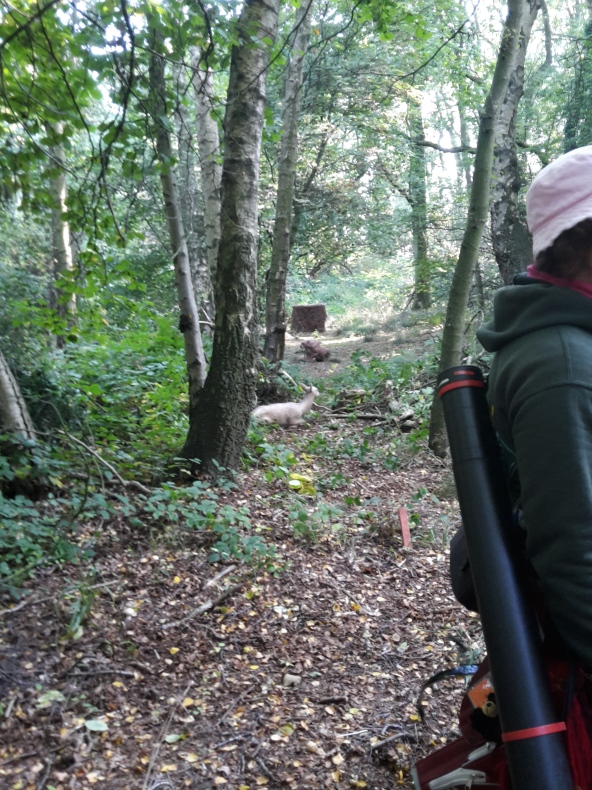 It was good to meet up with Steven Tomkins, who I’d been chatting with online about Prokill24 all weather targets. I’d seen the targets at the national championships and there had been some posts on the various forums about them. Steven took the time to have a chat about their design and production. I hope to do a write up on there target faces in the next few months after I’ve tested them out, so watch this space. 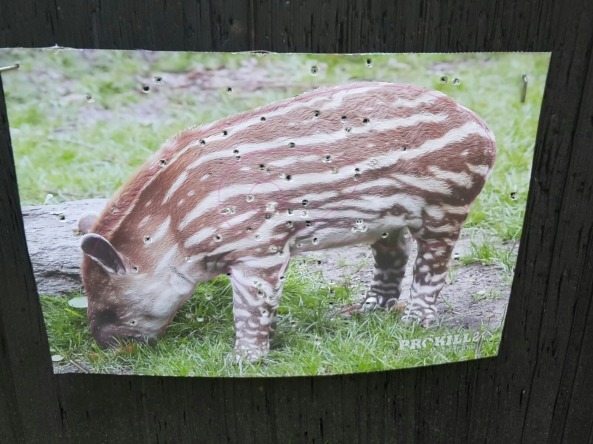 Example of the Prokill target face on the practice bosses

I didn’t shoot well largely due to my shoulder playing up following a couple of hours of heavy gardening on Saturday using the petrol engined strimmer. Should have known better, really. Sharon was successful in winning not only the ladies Hunting Tackle but also the ladies handicap trophy. Congrats to Rianna also who was placed in Hunting Tackle.
Thanks for reading.