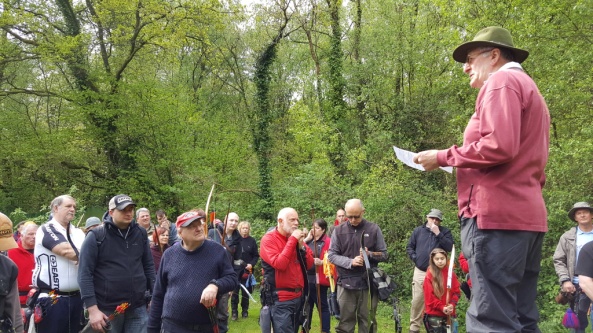 Okay so this shoot report is well over due for which I am very sorry.  I am still trying to catch up with all my writing, having  been so focused on the course setting for the 3D championships and the subsequent run up to it I’ve let this site updates slip, so I’m sorry.  My writing isn’t the only thing that I’ve let slip, as my garden is resembling a jungle at present. Anyway on to the shoot report for South Wilts bluebell shoot. 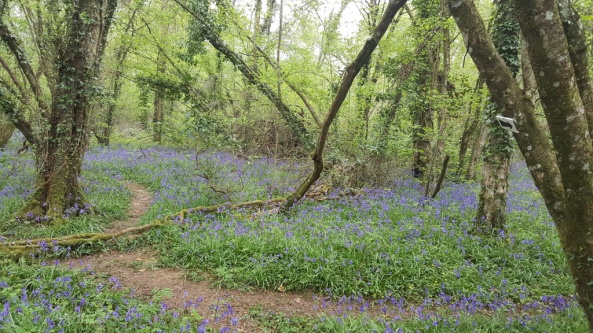 The bluebells the shoot is named after

This was our first trip to South Wilts shoot ground and due to the distance, a two and half hour drive involved we made it a weekend trip and stayed over. Granted we might have had a shorter trip if we hadn’t diverted past Stonehenge but since we were in the area it seemed like a good idea. Being the first time there it would mean a completely new course and largely new group of archers to meet and shoot with. Having said that there were a few familiar faces present, including Pat a friend from my coaching course all those years back.

Being a spring shoot we were forecast a few rain showers but it was not as wet as expected with only a couple of light showers­­ early in the day. Having said this it did not deter the archers with over 160 attending the event.

Wolverine 3d from the junior pegs

The course itself would be 40 targets, with 36 being 3Ds and the remaining paper. South Wilts have a lovely woodland with carpets of bluesbells, hence the shoot being called the Bluebell Shoot”. The grounds are mostly flat but they have constructed a couple of towers to offer a different shot. I think it might be worth them modifying one of the towers so there isn’t a metal bar across where you draw up. I came very close to hitting my lower limb on the bar. On the other towers they had ropes that worked better.

Sharon on one of platforms

On the subject of towers I do think they work as they offer the course layers the opportunity to set some fine shots including one at a ram, shown in the photo.

The view from the platform

I actually think they used the ground well too for the majority of the shots. The day flowed pretty well with the only real hold up we had was at a long target, large grizzly 3D but in many ways I would expect it at that style of target.

One of the long bears

Our shooting  group for the day would be Tony, shooting hunting tackle, with his wife Pat who wasn’t shooting accompanied by their granddaughter Lacy shooting barebow. I know some people don’t like shooting in a group with a junior or cub, but I have to say Lacy was great company and a good shot. Tony we knew from his time as general secretary for the NFAS a few years back. 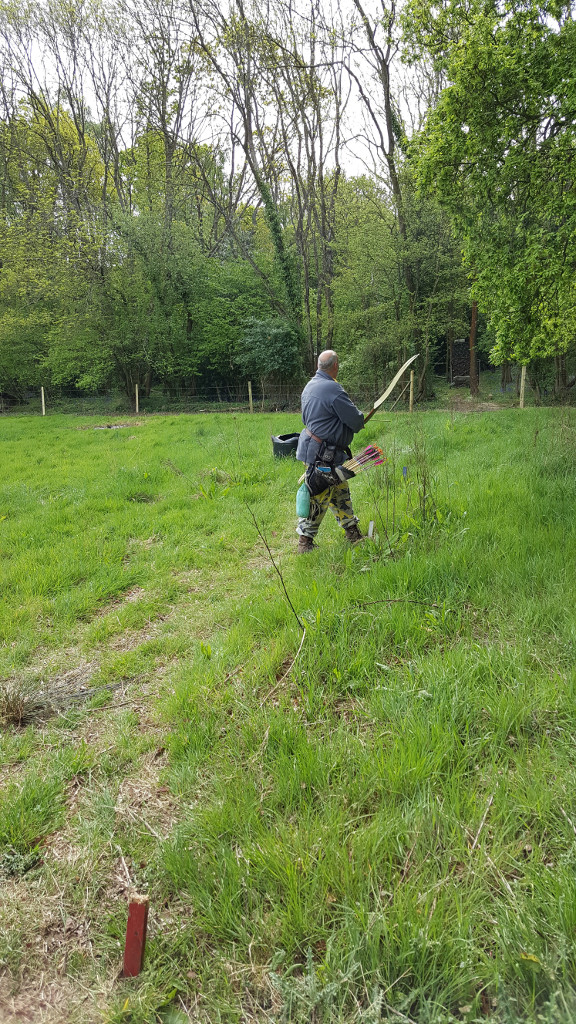 Our first target a 3D puma

We did get lost at one stage going round the course, but I think this was as much to do with the archery interfering with the conversation as the course not being clearly marked. I found out later we weren’t the only ones to miss the turning and the marshals added some more direction arrows as the shoot progressed in case any other archers were enjoying the conversation and not paying attention.

South Wilts club has been at the grounds for a number of years and this is obvious from the construction of the towers to the quality of the facilities available for its members. Catering was very good and prices reasonable, with all the marshals I spoke to being friendly and very helpful, especially when trying to source a torch to check Lacys’ hand for splinters after she tripped.

The lack of practise due to the work on the 3ds showed in my shooting, but I managed to scrape third with Sharon winning ladies AFB.This was our first double medal win under the new club banner of Briar Rose Field Archers (more on this later). Maybe if we get there next year we can improve on this, as I think it is a good shoot to add to the list to revisit.

One other thing I would really like to mention here, were the number of archers who thanked us for stepping forward to set a course at the 3ds. Here’s hoping that those who thanked us enjoyed A course.