This was Centaura Field Bowmen 50th anniversary shoot and the archery gods must have looked on favourably as the weather was good the whole day. Since it was their  50th anniversary shoot it was very well attended, in fairness that is pretty normal for the midlands  based club. The only downside to this popularity being the day can prove be quite slow as archers navigate the course.

You can read a previous shoot report for Centaura here if you are interested. 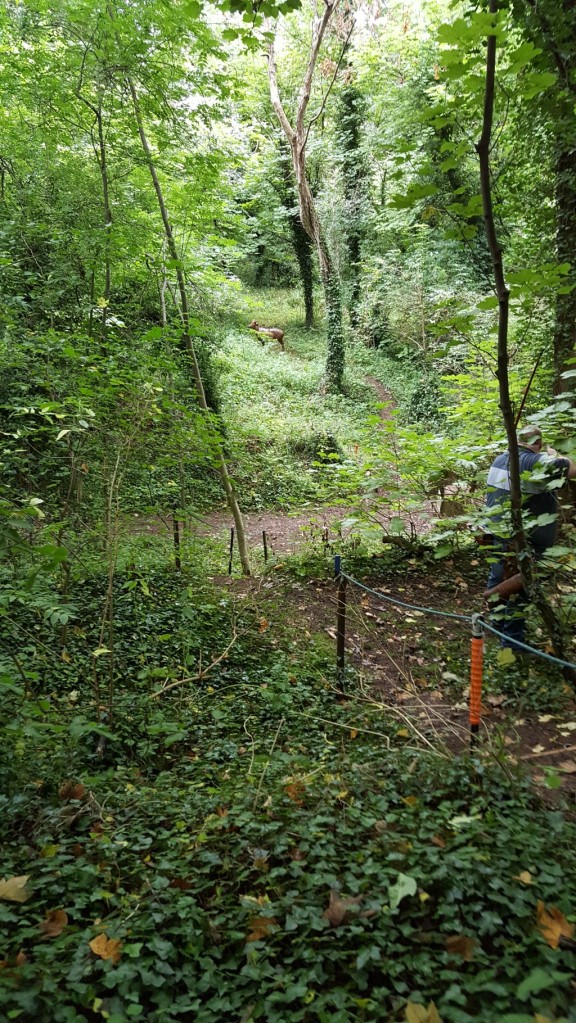 As normal with Centaura it was a 36 target course, being a mix of paper faces and 3D targets. On the matter of target faces, there were quite a few new paper faces that none of us had seen before. Whilst it was nice to see new targets I think some of the smaller faces might have been a little on the small size for the distance they were set as you couldn’t make them out clearly. As I said this was a minor thing in the great scheme of things.

We were lucky enough to be shooting with Rich and Cliff which is always a good laugh, both in gents longbow class. Sharon was on her best behaviour though and not picking on Cliff. 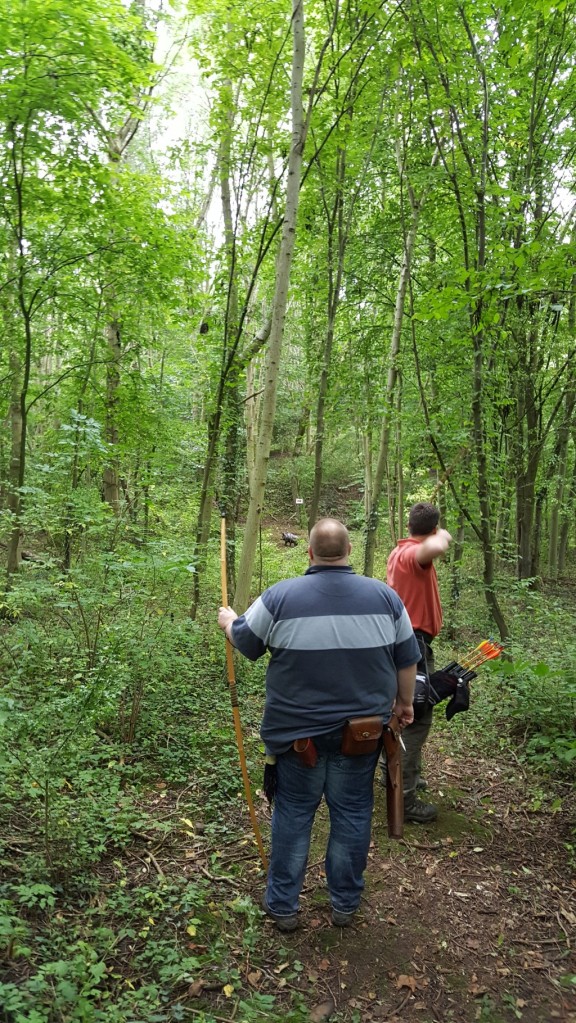 As is the norm with Centaura there is a lunch break between 12:30 and 1:15 where all shooting halts and archers can grab a bite to eat before completing the other half of the course.

Despite it being a bit slow at times it did flow and was a good day for those who attended over 130 archers.

Sharon shot well winning ladies American Flatbow and to my surprise I managed to secure first in gents class. The result of which are we now have a matching pair of very nicely designed wooden drinks coasters which were specially made by a club member to celebrate the 50th anniversary. They now have pride of place and on displace as I think they are too nice to use as coasters.