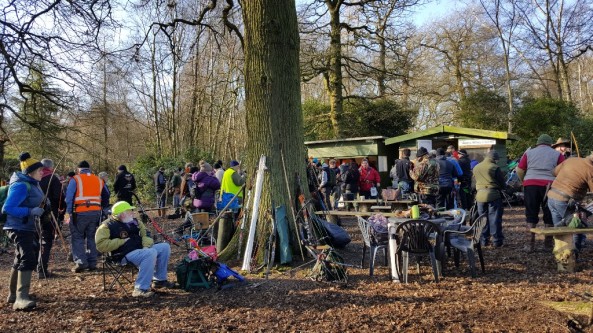 It had been almost a year since we’d shot Harlequins course, not for any reason other than something always came up, so we were curious to see how it had changed. So on what was a bright but cold Sunday morning we headed north up the motorway to Harlequins grounds. Those interested can read a previous shot report here. 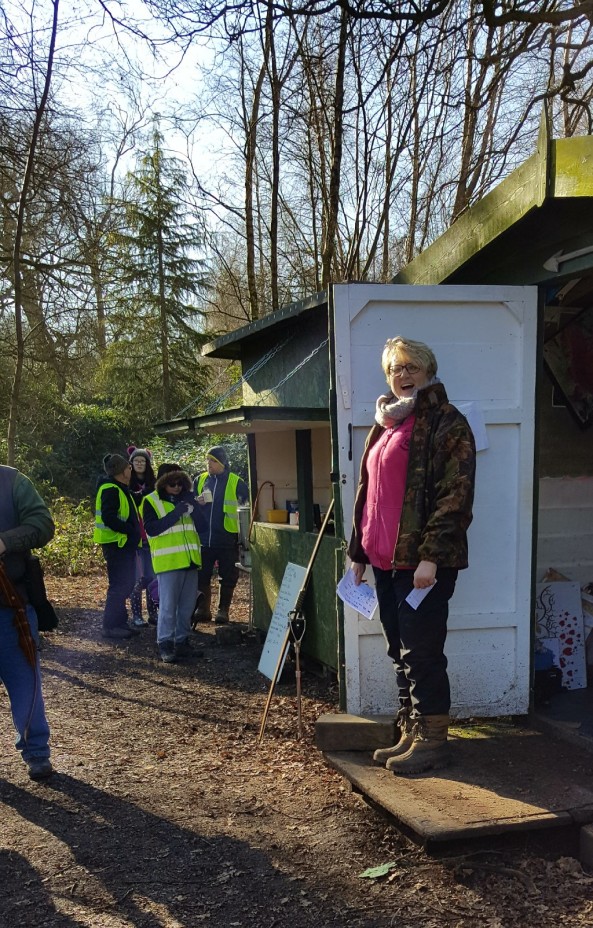 Julie about to start the show

Sadly the start of the shoot was slightly delayed as they suffered from quite a few no shows (over a dozen) which caused the mighty admin team of Julie and Sam some hassle on the day as they tried to re-arrange the remaining 120 or so archers.
There would only be four of us in the shooting group, with big voice and little voice as they were nicknamed or better knows as Colin and Corinne both from Centaura Bowmen joining Sharon and myself.

2D bobcat target in the cover of the tree

Harlequins ground is pretty flat with dense area of evergreens of Laurel or Rhododendrons, and deciduous woodland, which houses there 36 target course. This being a mix of paper,3D and 2D targets. I have to say I’m not a huge fan of the 2D targets as it can be a real struggle to draw arrows from.

The low winter sun and lack of leaf cover on the trees, resulted in us struggling with some shot as they proved very hard to see.

Sharon shooting into the sun between trees

I’m not sure if it was the low level of the sun (I hadn’t picked up my reactolites glasses) or something else, but by lunchtime I had developed a headache, which gradually got worse as the day progressed. The shoot was a shoot through with a couple of opportunities to pass catering and grab some hot food or drink, definitely something that was needed on the day. It was good to see Harlequin seemed to have recovered from the vandalism they suffered last year.

2D Tiger target between the trees

I thought the course was ok, with a mix of short, medium and long shots. There were a few familiar shots along with several new shots that worked well. My only observation was it felt quite tight in a few spots where you were close to next or previous shot, especially if you were the second group waiting to shoot. Having said this I know that they are looking to reset the course in readiness for their next shoot.
As the sun went down so did the temperature, along with making a few shots more challenging to see with the sun in your arrows.

3D target set between the trees in dappled sunlight

Of all the shots I think the one I liked the most was the 2D Kangaroo target in the hollow, it was framed really well and just looked good. Always think if a shoot looks good, archers will enjoy shooting it. 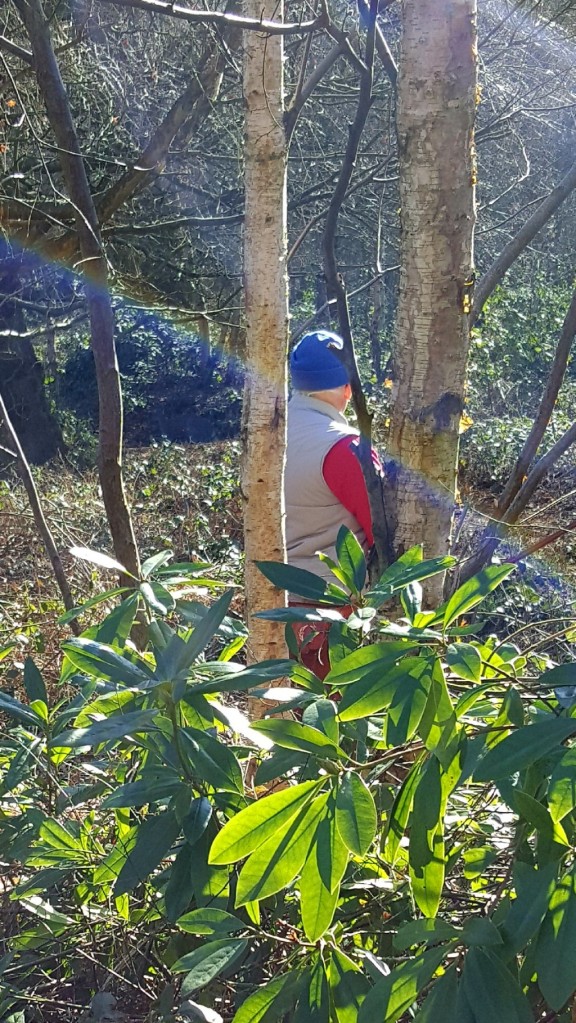 2D Kangaroo target set between the trees in a hollow

Though the day was a bit slow especially in the second half, seeing us waiting on most of the targets, we had a good laugh which helped to keep my mind off my headache. By the end of the shoot my head was pounding and painkillers weren’t doing much. For that reason we decided to leave early. This was the first time i’d left a shoot before the prize giving but knowing we had over an hour drive home, due to road works I wanted to get home.
In some ways I was glad we left when we did as by the time we had got home my headache had got worse despite the painkillers. I was worried it might be developing into a full blown migraine, which sadly it did by Monday. I ended up spending most of Monday in bed, with the curtains drawn. Thankfully I don’t get migraines often.
Thanks for reading.